Physical Side Effects from Heroin Abuse

Heroin addiction can dictate a person’s entire life. This type of person becomes secretive, will lie about why they need money, and start to miss work or lose their job. The time spent with family will be less important, and they will often be away from home to obtain drugs. They will also become physically addicted to heroin in a short amount of time. 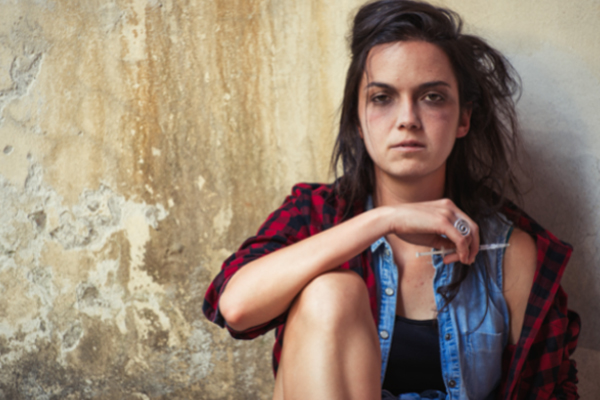 Regardless of how heroin is consumed, all heroin addicts will have severe constipation, known as opioid-induced constipation. As a medical condition, chronic constipation can cause:

How Does Heroin Impact Physical Health?

In addition to addiction, the risk for accidental overdose, and serious medical problems, heroin’s effects on the body make this drug a long-term addiction. Heroin is an opioid which means it tells the brain that the body no longer needs to activate its pain defenses. Instead, the brain is in charge of releasing endorphins and dopamine to numb average amounts of pain.

This includes pain from cold or hot temperatures, digestion, muscle use, and various fluctuation deep inside the body that go unnoticed because of the presence of the body’s normal pain responses. Heroin confuses the brain and essentially tells it not to worry about physical pain as it has it covered.

Heroin is an opioid drug made from morphine. It can be mixed with water and injected with a needle, or it can also be smoked or snorted up the nose. (NIH)

The National Institutes of Health, a government-run agency, sure makes heroin consumption sound tasty, eh? Absolutely not! As an illicit narcotic with one of the longest lists of dangerous side effects, getting off heroin should be the most important priority for yourself or a loved one. Life is precious, don’t allow heroin to wither away the time we have on this beautiful home we call earth.

Potential Side Effects from a Physical Addiction to Heroin

The overwhelming effects of heroin abuse relate to the significant withdrawal symptoms. Still, other physical side effects that are common from heroin use relate most often to how the drug is ingested. Intravenous heroin addicts will have ongoing issues related to their skin, heart, and overall health because injected drugs put them at a greater risk for medical problems. Heroin I.V. Drug users experience the following often:

Why is Fentanyl A Concern For Heroin Addicts?

Fentanyl is now the preferred substance by drug dealers to cut heroin with for a more potent product. Fentanyl is 100 times more powerful than pure morphine and 50 times stronger than heroin. As a result, it causes more accidental overdoses than any other drug in history.

“Synthetic opioids, including Fentanyl, are now the most common drugs involved in drug overdose deaths in the United States. Drug dealers mix Fentanyl with other drugs, such as heroin, cocaine, methamphetamine, and MDMA. This is because it takes very little to produce a high with Fentanyl, making it a cheaper option. This is especially risky when people taking drugs don’t realize they might contain Fentanyl as a cheap but dangerous additive.” (NIDA)

The first step necessary for stopping a heroin addiction is medically supervised heroin detox. Heroin is physically addicting, and almost no one can endure the withdrawal symptoms without medications. Heroin detox means the person will rest and recover for about two weeks. Once they feel better, they begin therapy and counseling, either in an inpatient or intensive outpatient program. Ideally, the steps for heroin rehab go in this order:

Heroin addiction can be overcome by heading to Evoke Wellness Detox today. We provide medications and emotional support on day one. We have helped chronic heroin addicts find new freedom without heroin and claim the rewarding life they deserve. Our in-depth therapy that is evidence-based and ongoing aftercare programs, as well as our holistic therapy groups and relapse prevention, are how our patients make it! Call now for priority admission today.